Sorry, it looks like Top Hat is no longer happening on these dates 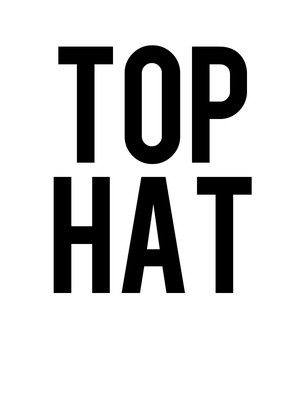 Irving Berlin's charming Top Hat is bound for the Broadway stage in an all new adaptation. Based on the classic movie starring Fred Astaire and Ginger Rodgers, Top Hat is a delightful flurry of mistaken identities, romantic mishaps and some of the most iconic songs that Hollywood has ever produced, including 'Cheek to Cheek' and 'Let's Face the Music and Dance'.

Heading this new stage version is Tony-winner Christopher Gattelli (Newsies), who is directing and choreographing, while the book comes courtesy of Chad Beguelin. Gattelli promises a glitzy large-scale production, and one that pays tribute to Fed and Gingers' film without feeling overly stuffy or reverential.

What Is Top Hat About?

American dancer Jerry Danvers has flown over to London to star in a show, and is practising his steps in a hotel room when there's a loud knock on the door. He opens it to find Dale Tremont, the woman who lives beneath him, who can't get to sleep for all his tappity-tapping. It's love at first sight for Jerry and swears to make Dale his, pursuing her all over London, and then the world.

The problem is that Dale has mistaken Jerry for the producer of his show, a nitwit named Horrace, who just happens to be married to her friend Madge. She's therefore horrified at Jerry's advances, and it's gonna take a whole lot of explaining (and dancing) to win Dale over.

The above image is taken from a separate 2011 London production, and in no way illustrates this upcoming Broadway production. Venue and dates have yet to be announced.

Directed and Choreographed by Christopher Gattelli
Book by Chad Beguelin

I adore this production. I have seen 15 performances in the UK. The front... more

I saw the original London production, and it was the best singing, dancing... more

Sound good to you? Share this page on social media and let your friends know about Top Hat at Venue To Be Announced.