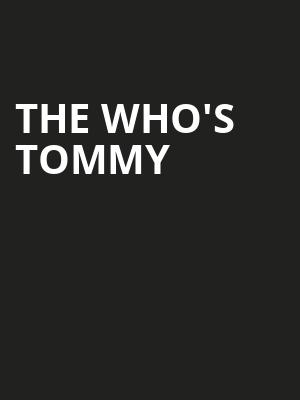 The Who's Tommy returns!

Why See The Who's Tommy?

The Who's psychedelic musical whirlwind is set to return to Broadway in 2021! Based on the iconic rockers' 1969 concept album (which has now celebrated its 50th anniversary) and written by guitar god Pete Townsend, this 2021 revival sees the original Tony-winning musical enjoy a slight revamp as director Des McAnuff aims the story "directly at today".

The original 1993 Broadway run garnered the musical FIVE Tony's, including the award for Best Original Score, and the Best Director of a Musical award for Anuff, before going onto enjoy a mammoth 800 performances!

The Who's Tommy - The Story

Townsend's swirling, kaleidoscopic score punctuates the fantastical tale of titular character Tommy, who descends into a catatonic state when he witnesses the murder of his mother's lover at the hands of his father. Despite being deaf, blind and dumb, Tommy discovers he has a prodigious talent for pinball, marking him for worldwide fame and glory. A surprising celebration of the triumph of the human spirit over adversity, this classic production has earned its place in musical theatre history.

Tansill: “A Trip through Time”

Going down the rabbit hole was never so fun and entertaining. Worth every... more

Sound good to you? Share this page on social media and let your friends know about The Who's Tommy at Venue To Be Announced.