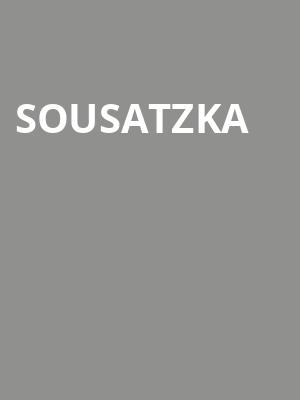 The performances under Adrian Noble's direction are faultless. As an actor she is perfect at conveying both the rigour and the eccentricity of Sousatzka. To see her perform is a pleasure in itself.

Tony winner Victoria Clark returns to Broadway as the redoubtable Madame Sousatzka in this brand new musical. Telling the story of two powerful women who clash over the future of a musical prodigy, Sousatzke is a dynamic blend of African and Eastern European music and culture, touching on themes of discrimination and cross-border understanding which couldn't be more timely.

Based on the novel by Bernice Rubens, this story has already been adapted for the big screen in 1988 as Madame Sousatzke, which starred Shirley MacLaine in the title role. This new musical adaptation features a book by three-time Tony nominee Craig Lucas, the writer behind the universally beloved Broadway smash An American in Paris, while former RSC Artistic Director Arian Noble directs. Also among the cast are Tony winner Judy Kaye (The Phantom of the Opera) and Tony nominee Montego Glover (Memphis).

A young musician of startling talent, Thema has the potential to be something truly special. A South African refugee, who lives with his mother Xholiswa in London, he is under the instruction of stern Russian music teacher Madame Sousatzka. Her life filled with tragedy and missed opportunities, Sousatzka recognises that Thema can attain the level of greatness that was so cruelly denied her.

Yet this greatness takes blood, sweat and tears to achieve, and Sousatzka's unrelenting pressuring of her student brings her into conflict with his mother. Xholiswa and Sousatzka embark on a war of wills for the boy's future, a battle waged across racial and cultural divides that theatens to turn Thema against both of them.

Seen Sousatzka? Loved it? Hated it?

Sound good to you? Share this page on social media and let your friends know about Sousatzka at Venue To Be Announced.