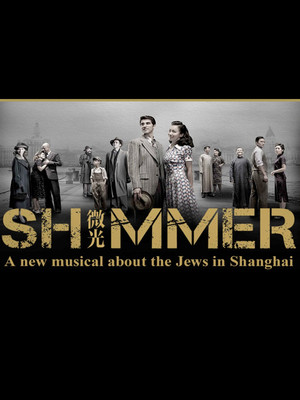 Two very different sets of people come together in a time of extreme danger and hardship. Together, these people grow stronger together, embracing one another's diversity and discovering the common challenges that make them so alike.

In the heart of Shanghai there lies a Jewish community with a fascinating history. Between 1938 and 1841, it was a safe haven for more than 20 000 displaced Eastern European Ashkenazi Jews seeking refuge from Hitler's presecution. Now the untold story is set to be the focus of a brand new Broadway musical, also marking the first time a Chinese Musical enjoys an open ended run on the Great White Way in 2019!

Born from the partnership between the Nederlander Organization and the Shanghai Heng Yuan Xiang Drama Development Company, the show will be a glorious celebration of color and culture, featuring a score that blends traditional Chinese and Jewish music with Ashkenazi klezmer and contemporary musical theatre pop. A bilingual production performed in both Mandarin and English, Shimmer is a poignant reminder of the power of love and understanding in our own troubled times.

What Is Shimmer About?

When many of the world's nations turned their back on the plight of the Jewish people at the hand of the Nazi ethnic cleansing regime, an unlikely place of safety opened its arms. Thanks to the work of two Asian diplomats Chiune Sempo Sugihara and HJo Feng-Shan, tens of thousands of refugees obtained transit visas that allowed them to travel to Shanghai. The residents of the city offered asylum, welcoming the war-torn travellers with open hearts and minds, allowing two cultures two live side by side and flourish.

Please note: the above photo is of the Shimmer's 2016 workshop production.

Seen Shimmer? Loved it? Hated it?

Sound good to you? Share this page on social media and let your friends know about Shimmer at Venue To Be Announced.