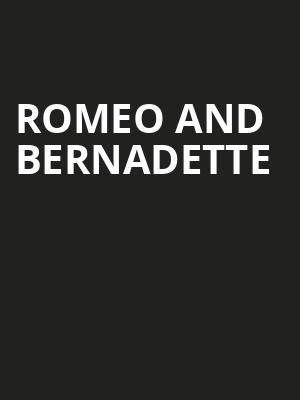 Why See Romeo and Bernadette?

Shakespeare with a new york twist

Due to much critical acclaim and overwhelming popular demand, plucky original musical Romeo and Bernadette is heading for Broadway! Devised by New York-based theatre company Amas Musical Theatre, the show's winning spin on the Shakespearean classic is set in 1960s Brooklyn, and features an all-singing, all-dancing ensemble cast of Broadway regulars as well as direction from up and coming theatre maker Justin Ross Cohen.

Written by Marc Saltzman with music inspired by classic Italian songs, the sparky spoof musical finds Romeo Montague of Verona very out of his depth. Magically finding himself in the New York City borough of Brooklyn in the swinging 60s, he begins chasing his true love, a girl he believes to be Juliet Capulet. Alas, he is mistaken! The fierce female in question is Bernadette, the street-wise, foul-mouthed and incredibly beautiful daughter of a mob boss...

Seen Romeo and Bernadette? Loved it? Hated it?

Sound good to you? Share this page on social media and let your friends know about Romeo and Bernadette at Venue To Be Announced.