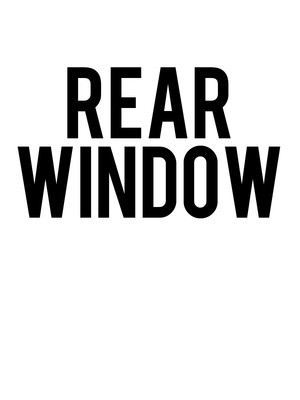 A claustrophobic suspense thriller made famous by Alfred Hitchock

Prepare for edge of your seat thrills as Rear Window hits Broadway. Based on the book by Cornell Woolrich, later famously adapted for the silver screen by Alfred Hitchcock, Rear Window is a masterpiece of suspense that plays upon our darkest voyeuristic impulses. The story centers on the bed-ridden and alcoholic Hal Jeffries, who whiles away his hours by spying through the windows of a nearby apartment block, until one day he thinks he witnesses a murder...or did he? Adapted by Keith Reddin, this show forgoes the more romantic elements of Hitchcock's film to create an atmospheric noir where nothing is as it seems.

Rear Window made its world debut last year at Hartford Stage, with screen icon Kevin Bacon in the lead role. It drew huge praise for its relentless tension, and also its elaborate stage design, which created a multi-storey apartment block on stage. Tony-winner Darko Tresnjak (A Gentleman's Guide to Love & Murder) directs this Broadway transfer.

What is Rear Window About?

Crime writer L.B. Jeffries is on the edge of a breakdown, haunted by demons from his past and willingly drinking himself into oblivion. Confined to a wheelchair in his apartment due to a broken leg, the one thing he has to amuse himself is the view from his window. Across the street is a busy apartment block, and Jeffries spends his days peering into its windows, getting voyeuristic kicks from peeking into its residents' lives.

One resident in particular catches his eye, a beautiful blonde who is frequently quarrelling with her husband. When this object of his fascination disappears one day, Jeffries suspects the husband has killed her, and enlists his house-helper Sam and downtrodden gumshoe Boyne in an investigation. But has there been any crime committed at all, or is Jeffries' feverish mind imagining things?

Exact dates to be announced

Sound good to you? Share this page on social media and let your friends know about Rear Window at Venue To Be Announced.