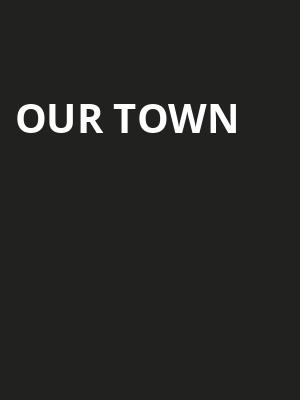 Despite its reputation as a hoary old warhorse, Thornton Wilder's meta theatre play about small town American comings and goings is rich both in its depiction of everyday life and theatrical possibilities.

Why See Our Town?

Considering show business icon Paul Newman's critically acclaimed success in the 2002 production of Our Town, all who take up the role of The Stage Manager thereafter certainly have some big shoes to fill. Luckily, the one and only Dustin Hoffman is up for the task! Returning to tread the Boardway boards once more, the celebrated icon of stage and screen is set to star in an upcoming revival of Thornton Wilder's Pulitzer Prize-winning classic, produced by Academy Award-winner Scott Rudin and directed by Tony-winner Bartlett Sher.

Set in the fictional town of Grover's Corners, New Hampshire, Our Town is famed for its universal relevance and its celebration of what it means to be human, from the exciting to the mundane. Although set over a century ago, its tenet remains just as relevant to our lives today.

Central to the story are characters, George and Emily, who grow up and get married before the audience's eyes. Revisiting the town's inhabitants over three periods, the play also uses meta-theatre to tell the tale, and that's where The Stage Manager steps in to oversee, fill in and engage with the audience. As the townsfolk get on with the day to day of their lives, The Stage Manager frequently interrupts the action to report to the crowd and even field questions from "audience members". As the years pass for the play characters,  daily life soon turns into to a poignant mediation on love and marriage, death, and eternity.

Seen Our Town? Loved it? Hated it?

Sound good to you? Share this page on social media and let your friends know about Our Town at Venue To Be Announced.