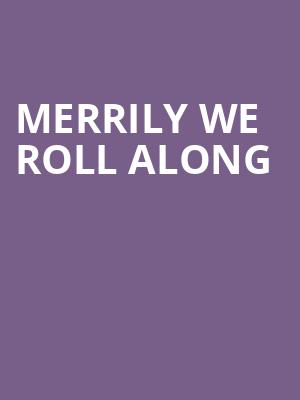 Merrily We Roll Along

Daniel Radcliffe returns to Broadway in Merrily We Go Along!

Why See Merrily We Roll Along?

The highly acclaimed Off-Broadway revival of Stephen Sonheim and George Furth's Merry We Roll is coming to Broadway! Starring Tony-nominee Jonathan Groff, Tony winner Lindsay Mendez and screen and stage star Daniel Radcliffe. The story of friendships put through the show business ringer, Merrily Roll Along boasts a tricksy, non-linear narrative and some of Sondheim's most playful numbers, including 'Rich and Happy,' and 'Franklin Shepard, Inc.'

Written in collaboration with George Furth, Merrily We Roll Along premiered on Broadway in 1981, where it was met with less than ecstatic reviews. However, the show's reputation has steadily grown over the years, and is return to receive a new revival with a glowing cast.

WHAT IS MERRILY WE ROLL ALONG ABOUT?

In 1976, songwriter and producer Franklin Shepard is on top of the world. However, his rise to glory was not an easy one, and Merrily We Roll Along takes us on a journey back through his previous two decades in show business. In particular, it focuses on his relatioships with writing partner Charles Kingras and author Mary Flynn, and the tensions that grow between them as Franklin pursues fame and fortune.

Seen Merrily We Roll Along? Loved it? Hated it?

Sound good to you? Share this page on social media and let your friends know about Merrily We Roll Along at Venue To Be Announced.