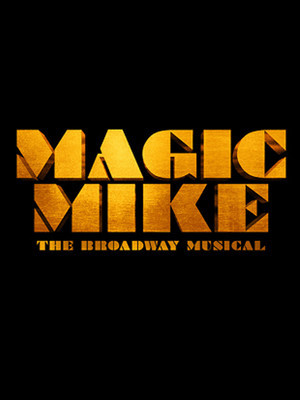 Why See Magic Mike The Musical?

Dates and venue to be announced

Official dates and venue for this production are still to be announced. We'll update this webpage as soon as we know what they are.

Bachelorette parties of the world rejoice! Channing Tatum's steamy Magic Mike is heading to the Broadway stage! With Pulitzer Prize-winning team, Tom Kitt and Brian Yorkey (Next To Normal, If/Then), providing the score and Roberto Aguirre-Sacasa (Riverdale) providing the book, the story of Mike Lane and his subsequent rise to be 'Magic' is in safe hands. Grab your squad and buckle in for this sure-fire hit!

Magic Mike The Musical will also feature choreography by Trip Cullum (Choir Boy) and direction by Camille A. Brown (Once On This Island), and promises to dive a little deeper into the story of its titular character, Mike Lane. Instead of restructuring the plots of the original movies, Magic Mike The Musical offers the backstory to Mike Lane, a struggling college student whose turn to the stripping world launches him into superstardom that no one could have predicted. As Mike enters the world of late night entertainment he struggles to balance his relationships, family and girlfriend alongside his new found talent.

Hitting movie theaters in 2012 Magic Mike was sent into the stratosphere upon release, with Hollywood heartthrob Channing Tatum playing the titular character, Magic Mike became one of the biggest movies of the decade. Now with a sequel and a hugely successful live show in tow, it seems like the story of Magic Mike is far from over. Don't miss your chance to see the tantalising musical, live on stage!

Score by Tom Kitt and Brian Yorkey
Book by Roberto Aguirre-Sacasa
Directed by Camille A. Brown
Choreography by Trip Cullum

Seen Magic Mike The Musical? Loved it? Hated it?

Sound good to you? Share this page on social media and let your friends know about Magic Mike The Musical at Venue To Be Announced.