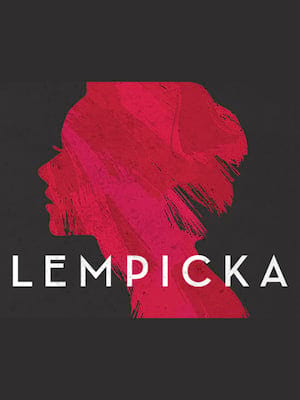 There is so much wonderful material in the life of Lempicka from which to draw a fabulous musical.

With the Tony-nominated Natasha, Pierre and the the Great Comet of 1812 and the Tony-winning Hadestown under her belt, rising theatre maker Rachel Chavkin turns her musical-theatre-midas-touch to the hotly anticipated West Coast premiere production of Lempicka. The riveting biographic musical about iconic Art Deco painter Tamara de Lempicka received rave reviews for its world debut at the Williamstown Theatre Festival in the summer of 2018, before stopping at San Diego's La Jolla Playhouse on its inevitable pathway to Broadway.

Directed by Chavkin and written by award-winning playwright Carson Kreitzer with music by New York composer Matt Gould and unconventional yet seamless choreography by Raja Feather Kelly, Lempicka echoes Evita in its fierce, platinum-blonde female lead, but while revolution wages, it is art and not politics that fuels the heroine's voracious ambition. Ambitious in its scope, the musical offers a return to the sumptuous, sweeping storytelling of the 80s and 90s, when the likes of epics Lis Miserables and Phantom of the Opera reigned supreme.

WHAT IS LEMPICKA ABOUT?

Set over a monumental forty year time span, Lempicka follows the celebrated Polish-born painter from the bloody Russian Revolution to the seemingly safer streets of early 1900s Paris and California thereafter. Her comfortable life is overturned when the Cheka, the Russian secret police, arrest her aristocrat husband in the middle of the night. After securing his release from prison, they flee for the French city. Penniless, the determined Tamara claws her way out of poverty by becoming a celebrated portraitist, with a distinctive style all of her own. Her rise to the upper echelons puts her in the path of a new muse, the bohemian free spirit Rafaela, and the artist is torn between passion, duty and the desire to leave her mark on the world.

Please note: the above images are from the Williamstown Theatre Festival production and don't necessarily reflect casting for the San Diego run.

Seen Lempicka? Loved it? Hated it?

Sound good to you? Share this page on social media and let your friends know about Lempicka at Venue To Be Announced.