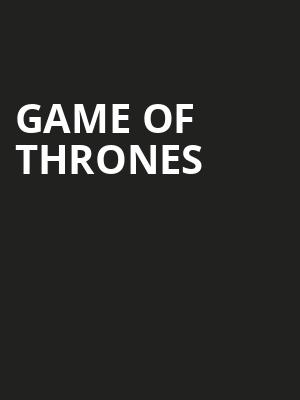 Reviving iconic characters for another trip around Westeros and Essos

Why See Game of Thrones?

The Iron Throne lands on Broadway

Some of us are still coming to terms with the ending, but there's no rest for a GOT fan - George R. R. Martin brings his hit HBO series to stage for a Broadway run to remember. For the first time, you will be taken deeper into the story and experience the events which led up to the game which hooked many of us for years. Featuring iconic and well-known characters from the series, this production will center around an event, the Great Tourney at Harrenhal, which happened 16 years before the first book. Madness, vengeance and danger are all on the menu in this upcoming play - it's going to be a journey and we hope you're ready.

Set in the continents Westeros and Essos, Game of Thrones is the story of an Iron Throne and the desperation to sit upon it and rule the Seven Kingdoms of Westeros. Politics and manipulation come into play among noble families, either wanting to claim the throne for themselves or fighting against it.

Sound good to you? Share this page on social media and let your friends know about Game of Thrones at Venue To Be Announced.