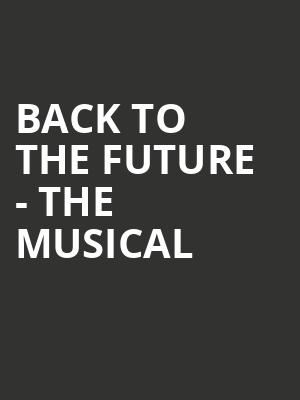 Back To The Future - The Musical

A near-seamless slice of escapist entertainment.Even the time machine's a triumph in this larky musical version of the 1985 cult movie classic

Why See Back To The Future - The Musical?

Great Scott! Back To The Future has had a musical make-over and it's coming to Broadway! The hit 80s franchise is the latest movie sensation to receive a musical adaptation and has finally landed in the West End. Back To The Future follows Marty McFly, kooky scientist Doc Brown and their trust DeLorean as they travel through space and time, finding themselves in a series of mishaps, will these two time travelers ever find their way back home?

Conceived by the film's original creators (Robert Zemeckis and Bob Gale), this brand new musical adaptation is directed by John Rando with a book by Bob Gale and original music and lyrics by Alan Silvestri and Glen Ballard. Some songs from the franchise's original soundtrack, like "The Power Of Love" and "Johnny B Goode", also.

Back To The Future

Originally released in 1985, Zemeckis and Gale's science-fiction creation became an overnight sensation. Grossing over $381 million worldwide Back To the Future became the highest-grossing film of the year. Due to its success, a further two Back To The Future films were released, Part II in 1989 and Part III in 1990. The beloved movie is still a pop-culture icon with the likes of Secret Cinema and independent picture houses regularly celebrating the '80s classic.

I absolutely loved this show, especially since I saw it when Sara Bareilles... more

This Tony nominated musical (up against Hamilton) showcases what Sara... more

Sound good to you? Share this page on social media and let your friends know about Back To The Future - The Musical at Venue To Be Announced.