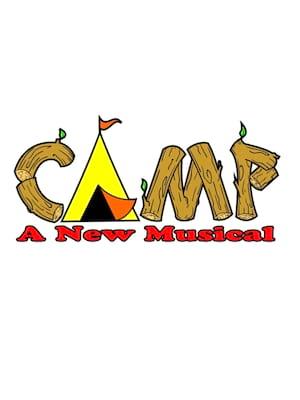 All graphics, logos and images are property of the production

Why See Camp, A New Musical?

Ever been to summer camp, or wish you'd had the chance? Then it's time to pack up grandma and the kids and head to David J.V. Meenan's hysterical musical comedy, 'Camp A New Musical', which makes its exciting Off-Broadway premiere at Theatre Row in New York for a limited engagement from August 4th-21st.

Featuring a cast of 23, Camp, A New Musical will transport you upstate to New York's Camp Goody Goody, a summer retreat for children of the elite, run by fading socialite Madame Tres Faux. The curtain rises on opening day as Madame and the Counselors welcome a fresh crop of eager campers, Chaz, Annie, Fluffy, Muffy, and Fawn, each it seems, with a designer suitcase full of self-absorbing issues.

Things are going swimmingly when suddenly, during the evening's jamboree hoedown with the Counselors, smoke and flames are seen billowing from the much-maligned forbidden camp across the lake, which ultimately burns to the ground. Madame is thrust into emergency mode and offers to take in the displaced 'hooligan'  campers from this less-than-upscale establishment as a goodwill gesture, forcing the Goody Goody's to share their cabins with the likes of Crusher, Spike, Sticks, Stones, and Bones.  This all leads to fast-paced musical fun with plenty of comedic antics, unexpected tensions and surprising twists, 'Camp' is a wonderfully entertaining musical the whole family will enjoy.

Two hours and 10 minutes with intermission

Seen Camp, A New Musical? Loved it? Hated it?

Sound good to you? Share this page on social media and let your friends know about Camp, A New Musical at Theatre Five.