Sorry! You missed Naked Boys Singing! at The Theater Center

You are viewing a past performance of Naked Boys Singing!

You can catch Naked Boys Singing! at the Kirk Theatre, showing Open Run 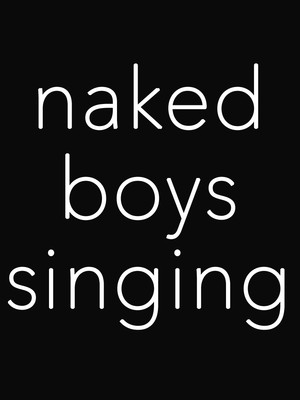 The title says it all in New York's most outrageous musical comedy! This hilarious revue features 15 original songs, 8 gorgeous guys and no clothes - a truly winning combination!

What More Do You Need to Know?

In this case, the title really says it all! Naked Boys Singing is New York's most risque musical comedy, and it's a whole load of fun! Don't expect any Chippendale-type antics at this show - this is a traditional musical revue packed with talented singers, and fact that they're gorgeous and seem to have misplaced all their clothes sees almost inconsequential...almost.

Written and directed by Robert Schrock, Naked Boys features 15 tongue-in-cheek tracks that explore everything from circumcision to coming out, all sung with gusto by 8 beefcakes with some very impressive vocal chords. Originally opening Off-Broadway in 1999, Naked Boys has now been housed at four different New York venues over the years, and is now firmly established as a true Off-Broadway fixture. Seriously, they're naked, go see it!

Adult only show. There is no audience interaction of the 'Chippendales' type. NAKED BOYS is a traditional musical revue, in the vein of Vaudeville and high-camp American musical theater. Its only point is to celebrate the splendors of male nudity in comedy, song and dance.

One hour 15 minutes with no intermission

Sound good to you? Share this page on social media and let your friends know about Naked Boys Singing! at The Theater Center.