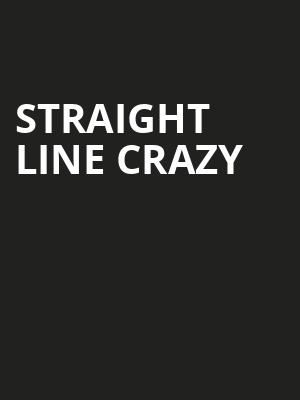 What I love about this subject... Is that I'm not giving a handle to the audience, saying: this is the correct way to look at Robert Moses. I hope you go out arguing about him

The Man who shaped New York

Ralph Fiennes leads the US premiere of this brand new play by David Hare, playing at The Shed's Griffin Theatre this fall. Concerning Robert Moses, one of the most influential urban planners in 20th Century New York City's history, Straight Line Crazy examines Moses' mission to open up the city for the workers in the wake of the Great Depression, by adding myriad new bridges, parks, and 100s of miles of highway, connecting normal folk to the great outdoors. But where

But while he was lauded for his vision and influence, there was a dark side to his plans. Those bridges? Too low for public transport buses to pass under. Those parks? Created by bulldozing Black and Latino neighborhoods, and those highways? Made by further destruction of poor and minority housing.

As the 50s dawns, Moses faces calls from grassroots activists to clarify his ideas for the city, and just who he's doing it for.

Don't miss this fascinating new work from David Hare, starring one of the biggest and most iconic talents of stage and screen.

Sound good to you? Share this page on social media and let your friends know about Straight Line Crazy at The Shed.