Sorry! You missed Elvis Costello at The Rooftop at Pier 17 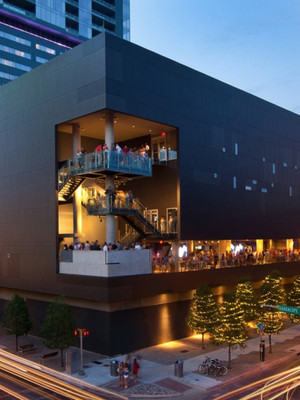 You can catch Elvis Costello at ACL Live At Moody Theater in Austin, showing Dec 2, 2022

Elvis Costello is also touring to:

You are viewing a past performance of Elvis Costello

You can catch Elvis Costello at the Gramercy Theatre, showing February 9 - 22, 2023

Don't miss the prolific and diverse musician live in concert!

An icon of new wave, Brit Elvis Costello & The Imposters are out on the road again this fall, bringing that distinctive voice, lyrical wit and catchy hooks to a venue near you. First coming to prominence in 1977 with debut album 'My Aim Is True', Costello (real name Declan McManus) has been steadily making music ever since, with classic hits including 'Alison', 'Oliver's Army', 'She', 'Pump it Up' and more.

In addition to his enviable career in music (Costello has worked with everyone from Burt Bacharach to the Foo Fighters,) he's also forged ahead creating movie soundtracks, nabbing acting roles and doing charity work. Don't miss this punk-hearted musical chameleon at one of his fantastically fun live dates.

Oh come on! Is anyone really going to hate an Elvis Costello concert.... more

Sound good to you? Share this page on social media and let your friends know about Elvis Costello at The Rooftop at Pier 17.