Sorry! You missed One in Two at The Pershing Square Signature Center 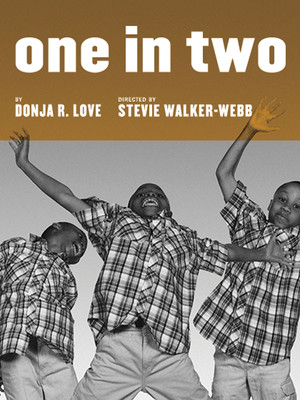 Three young men. One of them will be chosen. They will tell his' story. A story they're forced to tell over and over again about his new reality and how he lives with it - until he can't.

Why See One in Two?

Donja R. Love is a Philadelphia-native black and queer playwright, poet and filmmaker whose art and advocacy intertwine. The writer tells stories about society's marginalized people which has led him to become the recipient of the 2018 Laurents/Hatcher Foundation Award and the 2017 Princess Grace Playwriting Award.

'One in Two' comes just a year after the critically acclaimed 'Sugar in Our Wounds,' a story of queer love on a plantation during the Civil War. The world saw the premiere of Love's 'Fireflies' the same year, which depicts a young black couple grappling with living in America's deep south during the Jim Crow era.

'One in Two' is directed by Princess Grace Award winner Stevie Walker-Webb.

Sound good to you? Share this page on social media and let your friends know about One in Two at The Pershing Square Signature Center.