Sorry! You missed Octet at The Pershing Square Signature Center 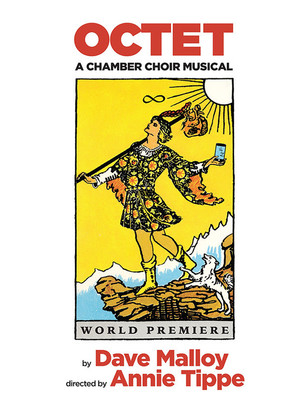 Best known for the Tony Award-winning "Natasha, Pierre & the Great Comet of 1812," Mr. Malloy didn't want to reprise himself. Octet is pretty aggressively different: It's contemporary material. There's no orchestra. It's pretty dark.

A Brand New A Cappella Musical

Due to popular demand, the world premiere chamber musical Octet is extending its Signature Theater run through to June 16th 2019! Written by  Dave Malloy, the three-time Tony nominated musical theatermaker behind the Josh Groban-led song and dance smash Natasha, Pierre & The Great Comet of 1812, the off the wall a cappella production chronicles the interactions of a group addicts during a 12 step recovery program.

Combining college a cappella with German yodelling, Tuva throat singing, Appalachian shape note singing and Balkan choruses, Malloy and his winning ensemble cast explore everything the human voice can do. Eight different characters, based on the archetypes of Tarot cards, tussle with their demons and are not only brought together by their struggles, but by how the internet has shaped those tribulations.

Seen Octet? Loved it? Hated it?

Sound good to you? Share this page on social media and let your friends know about Octet at The Pershing Square Signature Center.