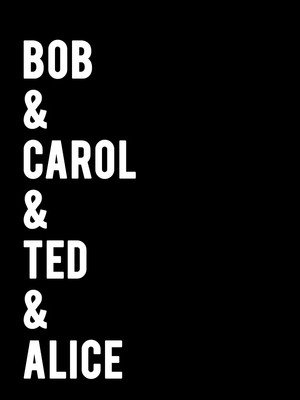 Tony Award-winning singer songwriter turned theater luminary Duncan Sheik first proved his musical chops as the composer behind the music of the 2006 rock musical smash Spring Awakening and now returns to give his unique sonic stamp on the 1969 classic film Bob & Carol & Ted & Alice. Adapted by American playwright Jonathan Marc Sherman and directed by Off-Broadway veteran Scott Elliott, the comedy comes to The New Group in the winter of 2020.

Parallel to the themes of Spring Awakening, the production is set against the the sexual revolution of the late 60s. The lives of two successful, high-flying couples collide when documentary film maker Bob Sanders and his wife Carol become offer unsolicited relationship advice to their friends the Hendersons, after Bob returns from filming a group therapy session. Initially playing along for the sake of good grace, the Hendersons soon take their advice to heart and secrets, as well as unspoken desires, bubble to the surface.

Sound good to you? Share this page on social media and let your friends know about Bob & Carol & Ted & Alice at The Pershing Square Signature Center.