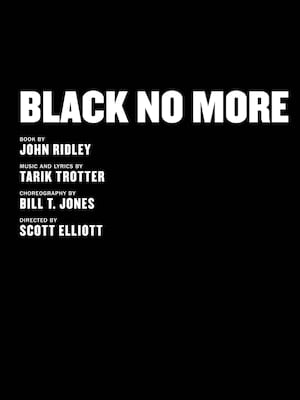 Black No More is an examination of race, identity and the very nature of love.

Why See Black No More?

George S. Schuyler's revolutionary Harlem renaissance satire Black No More first made shockwaves upon its release in 1931 thanks to a searing exploration of race relations in America with an emphasis on the NAACP and the KKK. Almost a decade since its release, the story is set to shake things up once more during the New Group's Off-Broadway production, written by the Oscar-winning writer of the 12 Years A Slave screenplay John Ridley with music Tariq Trotter, rapper in Philadelphia hop hop collective The Roots.

Starring Tony-nominated stage regulars Brandon Victor Dixon (Hamilton) and Jennifer Damiano (Next to Normal), the fascinating tale follows the exploits of Dr. Junius Crookman, who invents a process he calls Black-No-More. The controversial surgery allows him to turn people from black to white, therefore 'solving the race problem' but causing social and economic upheaval in its wake. Similarly, romance blooms in an unexpected place and ends with unexpected consequences.

Seen Black No More? Loved it? Hated it?

Sound good to you? Share this page on social media and let your friends know about Black No More at The Pershing Square Signature Center.