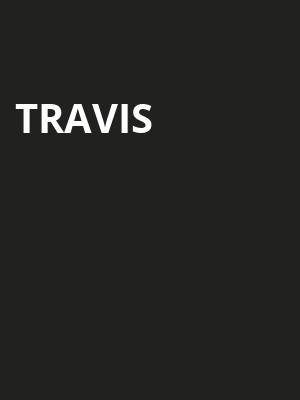 As an exercise in how modern rock should sound like, 'The Invisible Band' will take some beating

An integral part of the scene that bred Coldplay, Snow Patrol et al, Travis were one of the driving forces of British guitar pop of the late 90s and early 00s. Originally named 'Glass Onion', Travis was founded when all four members were students at Glasgow School of Art in 1990, it was 1999's The Man Who that brought them to international attention. Followed by The Invisible Band in 2001, they cemented their place as one of the greatest bands of their generation.

Following on from their last jaunt together, the band is back on the road in celebration of The Invisible Band, promising to play the album all the way through, alongside more of their biggest hits and cuts from their new record, 10 Songs.

With a title in reference to the band's belief that the music's influence should precede the musicians making it, their third album includes tracks 'Sing', 'Side' and 'Flowers in the Window', and more than doubled the success of their previous record.

Seen Travis? Loved it? Hated it?

Sound good to you? Share this page on social media and let your friends know about Travis at Terminal 5.