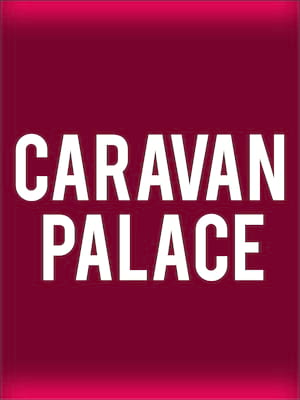 Caravan Palace, for those who are unaware, is an electro-swing band from Paris that has mastered their very unique craft and defined the line between music that makes people want to dance and music that forces people to dance.

French electronic band Caravan Palace are an eight-piece band who got together after being sought out to compose the soundtrack for a silent adult film. Additional members were later found after trawling through MySpace and the band went on to release their self-titled debut album in 2008. The album reached the number 11 spot in France, Switzerland and Belgium.

Before bringing out their debut, the band released a number of demo songs online before touring across France for a year and playing festivals. Since then, they have gone on to release three studio albums and performed worldwide.

Their latest album 'Chronologic' is set to be released on 30th August this year.

Sound good to you? Share this page on social media and let your friends know about Caravan Palace at Terminal 5.