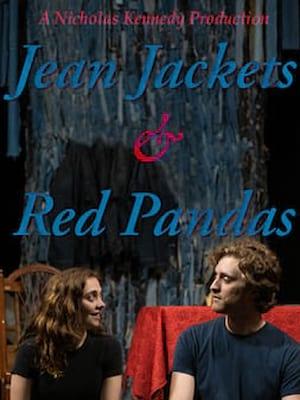 This is not your typical dinner party conversation. Two old friends meet up over a meal, only to discover that one of them has a dark secret. Jean Jackets and Red Pandas is a brand new play, part absurdist part dark comedy.

It's written, produced and directed by Nicholas Kennedy. Appearing for three performances only at the New York Theatre Festival's Winter Fest, don't miss this compelling look at life and death from Kennedy as he sets out to become one of the youngest playwrights to win the competition!

85 Minutes with no intermission

Sound good to you? Share this page on social media and let your friends know about Jean Jackets and Red Pandas at Teatro LATEA.