Sorry! You missed Matilda - The Musical at Tarrytown Music Hall 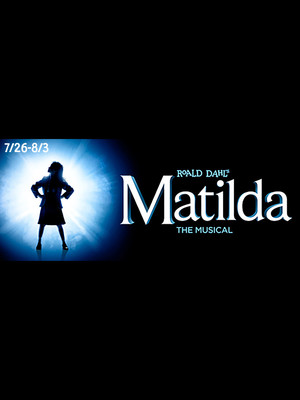 An anarchically joyous, gleefully nasty and ingenious musical adaptation of Roald Dahl's story about a girl, Matilda ... who scoffs Dickens and Dostoevsky like other kids eat sweets.

Why See Matilda - The Musical?

Don't Miss The Magic of Matilda

Roald Dahl's enchanting children's story springs from the page and onto the stage during the Random Farms Kids' Theater production of Matilda The Musical at the Tarrytown Musical Hall this summer! Created and adapted by British film writer Dennis Kelly and Australian comedian/musician Tim Minchin in 2011, the all-singing, all-dancing instant classic first charmed audiences on the West End and Broadway, garnering a host of accolades including seven Oliviers and five Tonys.

In the hands of the heroic local kids theater company, Minchin's songs and Dahl's vivid characters come to life once more in a stunning local adaptation. Our heroine is the pint-sized yet feisty young upstart Matilda Wormwood. Constantly belittled by her parents, she seeks refuge in literature and a bold imagination. Her life is thrown into further turmoil when she is sent to a school presided over by the terrifying disciplinarian Miss Trunchbull. Aided by the power of telekinesis and her kind, caring teacher Miss Honey, she embarks on a journey to show the grown ups just who's boss!

Seen Matilda - The Musical? Loved it? Hated it?

Sound good to you? Share this page on social media and let your friends know about Matilda - The Musical at Tarrytown Music Hall.