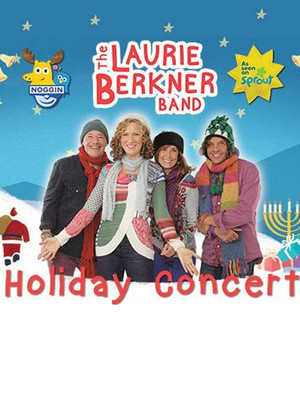 Celebrate the holidays with The Laurie Berkner Band!

The Laurie Berkner Band have become a children's music sensation across the country, labeling Laurie as 'the coolest Mom there ever was!'. Now, you've been invited to celebrate the holidays in style, with the Berkner Band and Laurie! Featuring traditional hits like 'Frosty the Snowman' and 'Jingle Bells', along with performances from Laurie's album, A Laurie Berkner Christmas, where you can expect to hear original songs 'Candle Chase' and 'Santa's Coming To My House Tonight'.

The holiday celebrations don't end there, fans will also get to hear their favorites from Laurie's recently released greatest hits album, The Ultimate Laurie Berkner Collection.

Sound good to you? Share this page on social media and let your friends know about Laurie Berkner at Tarrytown Music Hall.