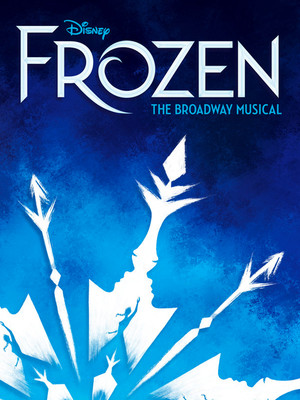 It will give you chills! Amazing special effects, eye-popping costumes and incredible performances.

Don't Let it go - Frozen is taking over broadway!

Fanfares please! Disney's Frozen has taken over Broadway and is cooking up a snow storm! Anna, Elsa, Olaf and Kristoff et al are brought to life onstage by by Oscar-winning composer and lyrics team Kristen Anderson-Lopez and Robert Lopez, who between them have cultivated many Broadway hits including In Transit, The Book Of Mormon, and Avenue Q, as well as winning the 2014 Academy Award For Best Original Song for "Let It Go".

Opening on March 22, 2018, Frozen thrilled the critics with high praise for Cassie Levy (Elsa) and Patti Murin (Anna), the soaring songs and the stagecraft, including Sven the Reindeer and Olaf, who are brought to life by some wonderful puppetry!

THE STORY OF TWO SISTERS

If you're not already familiar with the story, where have you been?! Loosely based on Hans Christian Anderson's fairytale The Snow Queen, the story takes place in the Scandinavian surrounds of Arendelle, where two royal sisters, Elsa and Anna must grow up alone after losing their parents in a tragic sea accident.

Elsa, the elder of the two must also contend with a secret - she has the power to create ice and snow with her bare hands, which she must keep secret, even from her sister, who nearly died whilst playing together as little girls. Anna by contrast is a sunny, albeit naive young lady who yearns for the outside world, having been isolated from Elsa since the accident.

When Elsa comes of age, she must take the throne as Queen, and the kingdom is reopened for her coronation - just for one day. Anna meets a handsome and charming Prince called Hans, who she instantly wishes to marry, much to Elsa's consternation. When the argument inadvertently reveals Elsa's powers, she flees to the wild North Mountain to live out a life of solitude and freedom. But Anna must find her sister and bring her back (with the help of an ice-seller, his reindeer and a talking snowman), otherwise the fate of Arendelle will be frozen forever, and left to the mercy of a cruel power.

The music that you love

With the original songs from the movie including "Do You Want To Make A Snowman?", "In Summer", "The First Time In Forever" and of course the iconic "Let It Go" alongside new ones penned just for the musical, we can safely say that Frozen fans will not be disappointed.

Suitable for all ages and great for families to enjoy together

Two hours long with one intermission

Frozen is a winner

Disney's latest musical hit has reached its one-year milestone on Broadway! Our reviewer Nicola, went along to check out what's it all about!

Frozen the Musical is a spectacular show and fantastic for the entire... more

This is my most favourite show. The whole show was spectacular. From... more

Sound good to you? Share this page on social media and let your friends know about Disney's Frozen: The Broadway Musical at St James Theater.