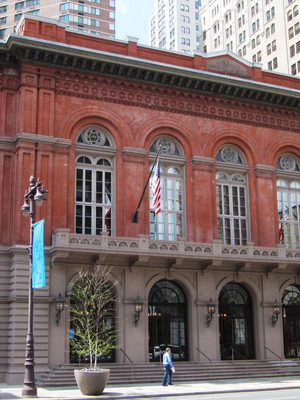 You can catch Beautiful: The Carole King Musical at Academy of Music in Philadelphia, showing Feb 2 - 14, 2021

Beautiful: The Carole King Musical is also touring to: 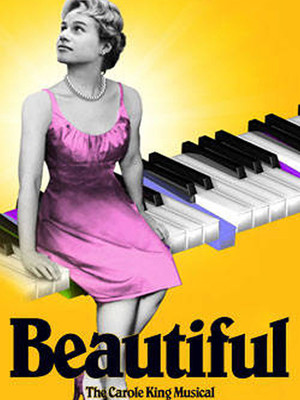 "Beautiful" is a gift. Be sure to stay for the encore if you want to feel the earth move under your feet.

Since debuting in 2014, Beautiful has grown in stature to become one of Broadway's best loved jukebox musicals. It tells the story of Carole King, following her rise to fame as one of pop music's greatest ever songwriters, and the turbulence in her personal life that threatened to derail all her success. While it packs in all the hits, from 'You've Got a Friend' to '(You Make Me Feel Like) A Natural Woman', it never loses sight of the the emotional heart of its story, crafting a blockbuster musical with poignant moments and truly rounded characters.

During its time on the Great White Way, Beautiful has won two Tonys, three Drama Desk Awards and a Grammy for its cast recording. Endorsed by Carole King herself, this show takes you way beyond the music!

Broadway debut alert! Singer-Songwriter Vanessa Carlton will step into the role of Carole King this summer from July 27 - September 1!

What is Beautiful About?

Before she became an icon, Carole King was just another songwriter, traveling to New York in the hopes of selling her songs to a big music publisher. Her prodigious talent was easy to spot though, and soon she's penning numbers for the likes of The Shirelles and The Righteous Brothers, alongside her co-writer and husband Gerry Goffin. The course of love never did run smooth though, and soon cracks emerge in Carole and Gerry's relationship. As her marriage begins to crumble, Carole must stay strong to herself to achieve her dreams, and become the legend that we know today.

Carole King had her first number one when she was just 17! 'Will You Love Me Tomorrow', co-written by King and Goffin, reached the top of the Billboard chart in January 1961, in a version sung by The Shirelles.

Suitable for audiences aged 11 and upwards. Children under the age of four years are not permitted into the theatre.

Best Sound Design of a Musical

In 2018, we are not surprised by the teenyboppers moving through the music industry at a rapid rate producing hit songs, and then disappearing from the limelight almost as quickly as they shot to fame. However, in the late 1950s, it was certainly a surpr

From the moment the show starts and until the end, you are amazed by it.... more

Anonymous: “Wonderful night at the theatre”

Loved it!! I was here visiting from Los Angeles. I have always loved Carole... more

Sound good to you? Share this page on social media and let your friends know about Beautiful: The Carole King Musical at Stephen Sondheim Theatre.