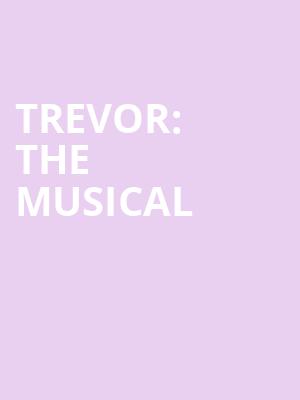 Why See Trevor: The Musical?

After an extended and sell-out run at the Writers Theatre in Illinois Trevor: The Musical finally comes to New York City!

Based on the Oscar-winning short film of the same name Trevor: The Musical is an extraordinary tale of one young-boy discovering himself. The short film, which was created by James Lecesne, Peggy Rajski and Randy Stone sparked a nationwide movement, resulting in the first 24-hour crisis helpline for LGBTQ+ youth in called The Trevor Project.

Set in 1981, Trevor: The Musical follows 13-year-old Trevor whose love for Diana Ross and musical theater starts raising questions about his sexuality in his small town. As rumors begin to circulate around him Trevor must navigate his own identity and forge his own place in an ever-challenging world.

With a book by Dan Collins, music by Julianne Wick Davis, direction from Marc Bruni and choreography by Josh Prince Trevor: The Musical is a story of courage, love and the beauty in being who you are.

Two hours and 15 minutes, including intermission

Image is taken from the original Illinois run and may not reflect the current cast.

Trevor: The Musical is a throughly charming and warm show. You'll leave... more

TREVOR – The Musical may not appeal to everyone, but for young people... more

Sound good to you? Share this page on social media and let your friends know about Trevor: The Musical at Stage 42.