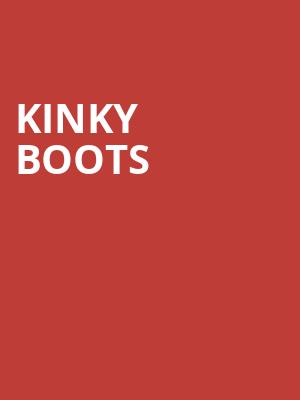 Images from a previous production and are for illustrative uses only

Beyond the laughs and applause, what I've missed most is seeing the audience shed tears of happiness at every performance. Kinky Boots is more than a musical. It's a life experience.

Stepping back into New York

Hear that clacking of boots? It's Kinky Boots on its way to make a triumphant Off-Broadway return this summer! After enjoying a six-year run at the Al Hirschfield Theatre, Cyndi Lauper and Harvey Fierstein's gloriously open-hearted spectacle makes a much-anticipated return to New York, giving audiences another chance to feel the love!

Featuring 21 original songs from Lauper, a zinging book from Fierstein, and dazzling choreography and direction from Jerry Mitchell, Kinky Boots first opened back in 2013, where its message of friendship and acceptance bowled over audiences and critics alike, leading to international productions and Tony, Olivier, and Grammy wins. Bursting with positivity and inclusivity, it remains the perfect musical for today.

Set in Northampton, England, London-bound Charlie Price is surprised to suddenly inherit his beloved father's shoe factory and even more surprised to find that handmade men's dress shoes are no longer quite as in vogue as they used to be. Facing closure, a dejected Charlie chances upon Lola, the charismatic, brassy, and fabulous drag queen and finds himself forming an unlikely business partnership, creating custom shoes for drag queens, which will change their lives forever...

Kinky Boots is based on the 2005 film starring Joel Edgerton and Chiwetel Ejiofor but that in turn was based on the true story of family-run shoe factory W.J. Brooks Ltd that fought to save their business by creating fetish footwear for men under the name 'Divine Footwear'.

Sound good to you? Share this page on social media and let your friends know about Kinky Boots at Stage 42.