Sorry! You missed A Musical About Star Wars at St. Luke's Theater 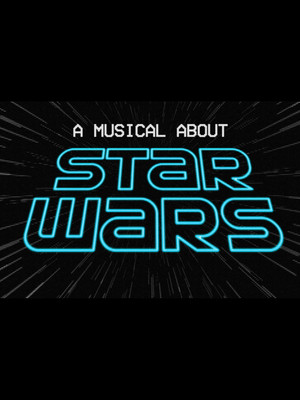 A Musical About Star Wars

A Musical About Star Wars, the greatest it is

Why See A Musical About Star Wars?

May the musical be with you

Created by Tom D'Angora (producer of Off-Broadway's The Marvelous Wonderettes and NEWSical The Musical) and with a score and lyrics by Billy Recce (who wrote the acclaimed Balloon Boy: The Musical), two movie buffs bond over their love of Star Wars in a musical comedy that's filled with Big Bang Theory style humour.

Taylor - the self-proclaimed "Millennial Falcon"- and Scott - "Gen-X Winger" - are browsing videos in a Staten Island Blockbuster Video store, and find that they share a love for the Star Wars films. Together, they decide to create an all-singing, all-dancing musical that celebrates everything there is to celebrate Star Wars for the Off-Broadway stages.... until, that is, their costar Emily, an actor, activist, and recent AMDA graduate, makes a startling revelation...

Sound good to you? Share this page on social media and let your friends know about A Musical About Star Wars at St. Luke's Theater.