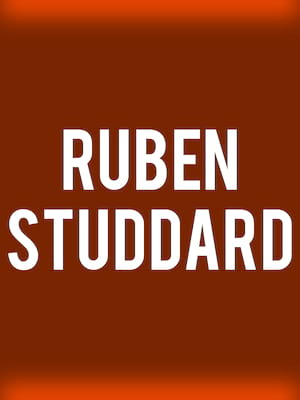 The richness of his tone, the control of his vocal runs, and the faint rasp in his voice are all gorgeous.

The Impeccable Voice of Ruben Studdard

After appearing on the second season of American Idol in 2003, Ruben Studdard has continued to stun audiences with his sensational voice and epic talent and has gone on to release seven studio albums. His most recent, 'Ruben Sings Luther' is a stunning tribute to the late soul singer Luther Vandross.

Studdard's debut album 'Soulful' was released shortly after he won American Idol and went on to debut at number one on the Billboard 200 and was certified platinum. The singer has received a Teen Choice Award, an Image Award, and three Billboard Music Awards. He was also nominated for a Grammy Award for his performance of the single 'Superstar.'

Sound good to you? Share this page on social media and let your friends know about Ruben Studdard at St. George Theatre.