Tab Benoit is also touring to: 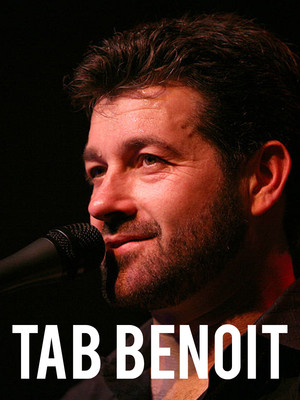 The influential Blues artist in your town!

Blues stalwart Tab Benoit hits the road with his extensive back catalog of tunes this year! A double B.B King Entertainer of the Year award holder (the highest accolade afforded to musicians on the Blues genre), five-time Blues Music Award winner and three-time Grammy award nominee Tab Benoit is one of the most influential blues artists of the last 20 years. Don't miss him when he arrives in your town!

A guitar player since his teenage years, Tab Benoit spent most of early adult life hanging out at the Blues Box in his nearby town of Baton Rouge. Regularly playing impromptu gigs at the local institution Tab was inspired to form his own band and as they say, the rest is history... Fast forward twenty or so years and Benoit has 17 albums to his name and reigns as one of the Blues' most prolific artists.

Sound good to you? Share this page on social media and let your friends know about Tab Benoit at Sony Hall.