Sorry! You missed Ari Shaffir at Skirball Center for the Performing Arts 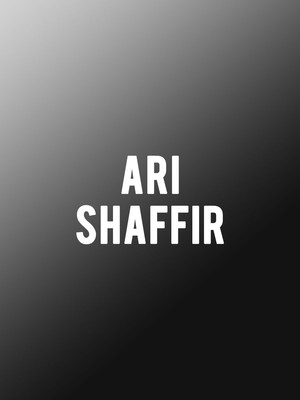 A gifted comic unyielding in his art... a real force to be reckoned with

Having spent two years at a yeshiva in Israel studying religious texts as part of his Orthodox Jewish faith, stand up and actor Ari Shaffir returned to the US, lost his religion and crafted a comedy style informed by his unique world view. Describing his brand of stand up as a puppet show but without puppets and a whole lot dirtier than Punch and Judy, this is one outrageous comic you won't want to miss.

A gifted and shall we say, colorful storyteller, Shaffer is no stranger to pushing boundaries. He became the first ever comedian to drop his trousers on his first TV appearance, and fuses his hilarious wordplay with a fun sense of immaturity that still manages to be intelligent. Citing his manchild misadventures with friends and family, the comedian says what we're all thinking but are too afraid to say.

Sound good to you? Share this page on social media and let your friends know about Ari Shaffir at Skirball Center for the Performing Arts.