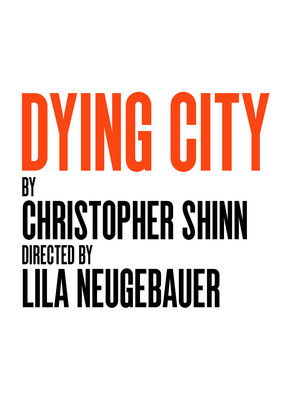 Anyone who doubts that Mr. Shinn ("Four," "Where Do We Live") is among the most provocative and probing of American playwrights today need only experience the creepy, sophisticated welding of form and content that is Dying City

Shortlisted for the 2008 Pulitzer Prize in Drama, Christopher Shinn's poignant time-traveling meditation on the long shadow of war and terrorism, as well as the human grief that interweaves them, enjoys a brand new production at New York City's Second Stage Theatre in the Summer of 2019. Helmed by renowned director Lila Neugebauer and starring Mary Elizabeth Winstead and Colin Woodell, the heavy-hitting two-hander explores how the seemingly meaningless statistics of geo politics shape the personal lives of those it leaves in its unfeeling wake.

Set in an intimate Manhattan apartment, Dying City follows Kelly, a widowed psychotherapist and Peter, her narcissistic brother-in-law. Reunited by their loss of Kelly's husband Craig, the identical twin of Peter who died whilst serving in Iraq, the pair force pleasantries and catch up. Passive aggression slowly builds whilst unanswered questions punctuate not only the power struggles between them, but those between the pawns and the hands that move them on the global stage.

Please note: The above image is from the 2007 Mitzi E. Newhouse Theater run.

Sound good to you? Share this page on social media and let your friends know about Dying City at Second Stage Theatre Midtown - Tony Kiser Theatre.