Sorry! You missed Romeo and Juliet at Richard Rodgers Theater 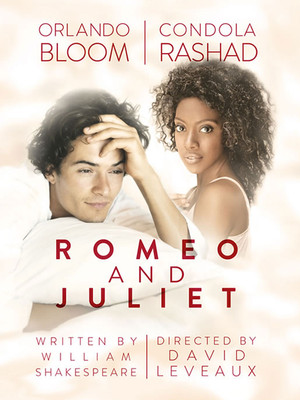 Mr. Bloom, in a first-rate Broadway debut, and the gifted Ms. Rashad exude a too-fine-for-this-world purity that makes their characters' love feel sacred.

Why See Romeo and Juliet?

The most famous love story ever told returns to Broadway for the first time in 36 years in a stunning new production from five-time Tony nominee David Leveaux.

Starring Orlando Bloom and  Condola Rashad as Shakespeare's most famous star-crossed lovers from feuding families the Capulates and the Montagues of Verona.

Romeo and Juliet is suitable for ages 12 and upwards. Children under 5 will not be admitted to the theater

Seen Romeo and Juliet? Loved it? Hated it?

Sound good to you? Share this page on social media and let your friends know about Romeo and Juliet at Richard Rodgers Theater.