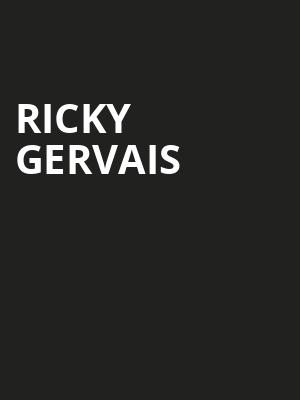 British comic Ricky Gervais returns to the road in 2023 with his newest tour, Armageddon. One of the most recognizable comics on the planet, Gervais is a controversial yet hilarious performer, unafraid of questioning every aspect of life in a way that connects audiences to his themes. Be prepared for trademark sarcasm and scouring satire as this show is not one for the faint-hearted!

Having enjoyed a renaissance with his globally acclaimed Netflix series, After Life, at the beginning of 2019, Gervais is riding another peak of his already illustrious career. A big hit in Britain as well as the USA, The Office genius is rarely seen on TV let alone live on stage, don't miss your chance to be in the room where it happens when Ricky hits your town!

Ricky Gervais kept his end of the bargain you make with an artist when... more

Sound good to you? Share this page on social media and let your friends know about Ricky Gervais at Radio City Music Hall.