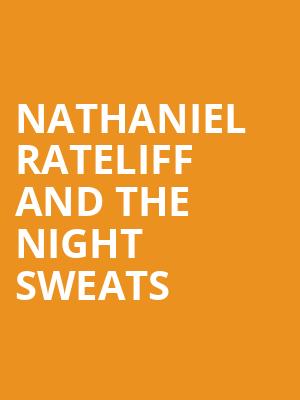 Nathaniel Rateliff and The Night Sweats

Nathaniel Rateliff crashes into classic soul with the force of a locomotive.

Why See Nathaniel Rateliff and The Night Sweats?

A man with hugely hidden depths, Rateliff has up until recently been recognized for his pensive, soulful folk songs. A self-taught musician from the tender age of seven (he learned to play the drums), he continued his musical education throughout his teens by venturing into guitar, before writing his own music. His second album, In Memory of Loss, was produced by Brian Deck and was listed by Amazon as the "number-one album you might have missed" in 2010.

In 2015, he unleashed a brand new incarnation to the music work with his band, The Night Sweats. Taking on a more R'n'B sound with welcome blues influences, Nathaniel Rateliff and The Night Sweats burst onto the scene with their mega-hit single 'S.O.B.'

Best concert I've been to in the past 5 years love Nathaniel rateliff... more

Fabulous concert...go see them if you have the chance... more

Sound good to you? Share this page on social media and let your friends know about Nathaniel Rateliff and The Night Sweats at Radio City Music Hall.