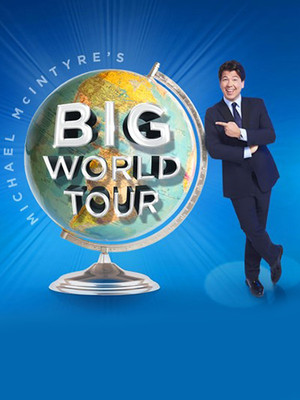 McIntyre is very good at what he does - mining the mundane for giant belly-shaking laughs - arguably the best.

One of Britain's most successful living comedians, Michael McIntyre returns to North America with another string of hilarious dates! The darling of the Great British Comedy scene, McIntyre has toured in some of the UK's biggest arenas, selling over a staggering 1.5 million tickets, including a record-breaking 28 times at London's O2 Arena, of which he is now a key holder, along with the late Prince, Take That and of course, One Direction.

Lively, snappy and eclectic, Michael's comedy focuses on his keen observation skills and lithe physicality; far from being an "angry comic", his bouncy upbeat personality belies a savage determinedness to prove his critics wrong. Don't miss this comedy legend in the making.

Sound good to you? Share this page on social media and let your friends know about Michael McIntyre at Radio City Music Hall.