You can catch Bauhaus at Coca-Cola Roxy Theatre in Atlanta, showing Sep 23, 2020

Bauhaus is also touring to: 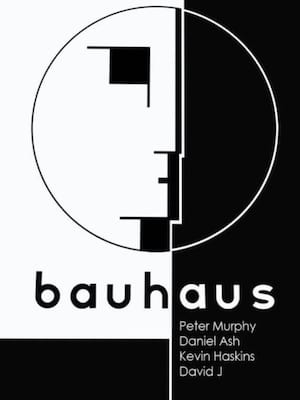 Bauhaus, post-punk or the progenitors of goth? Whichever way you look at it they were hugely influential in the late 70s and early '80s before breaking up in 1983

English gothic rock group Bauhaus unite for another reunion tour, 37 years after breaking up. The band formed in 1978 in Northampton, England and consisted of Daniel Ash on guitar and saxophone, Peter Murphy on vocals, Kevin Haskins on drums and David J on bass. The band have had previous reunion tours in 1998, from 2005 to 2008 and in 2019.

Bauhaus are known for pioneering the genre goth rock and in their short five years together before their first split released four studio albums. The band's 2008 reunion album 'Go Away White' was described as being "melodramatic and wickedly energetic" by Rolling Stone and "an impressive and surprisingly true-to-form swan song" by Pitchfork.

Sound good to you? Share this page on social media and let your friends know about Bauhaus at Radio City Music Hall.