Sorry! You missed Remember to Live at Primary Stages at 45th Street Theatre 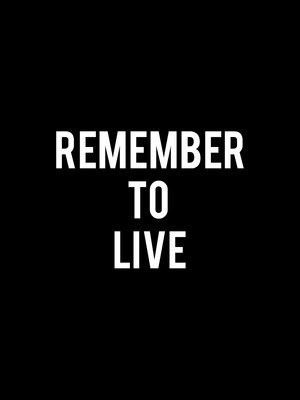 When you are dealing with a phenomenal talent such as Billy Porter, expect the unexpected in his performancve onstage.

Why See Remember to Live?

Celebrated New York Non-Profit Primary Stages kicks off its 35th anniversary season with the return of Tony and Grammy winning performer, singer and actor Billy Porter in his latest work Remember To Live. The Kinky Boots alumnus first forged a relationship with the company in 2014 when he made his debut as a playwright with premiere of powerful autobiographical piece While I Yet Live. The production's Tony nominated director Sheryl Kaller (Mothers and Sons, Next Fall) also returns to lead the eye-opening new drama.

Porter portrays a gay African-American filmmaker whose dark past threatens future happiness. As he struggles to make sense of his troubled sexual history, he interacts with four other gay men who face their own tribulations in the wake of the AIDS crisis and current Trump administration's fraying relationship with the LGBQT community. With great courage, these men navigate the troubled waters of modern life in search of the one thing able to heal their wounds, intimacy and love.

Seen Remember to Live? Loved it? Hated it?

Sound good to you? Share this page on social media and let your friends know about Remember to Live at Primary Stages at 45th Street Theatre.