Sorry! You missed The Lehman Trilogy at Park Avenue Armory

You are viewing a past performance of The Lehman Trilogy

You can catch The Lehman Trilogy at the Nederlander Theater, showing Until September 20, 2020 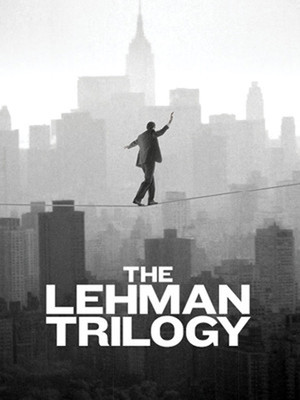 Simon Russell Beale, Ben Miles and Adam Godley are extraordinary. Behold them with wonder, humble theatergoer...this is a ticket worth cashing in your gilt-edged securities for. Remarkable!

Why See The Lehman Trilogy?

Praised for its riveting portrayal of a thoroughly American scandal, The Lehman Trilogy drew much critical acclaim during its West End debut in the summer of 2018. The sweeping dynastic drama chronicles the rise and fall of the immigrant Lehman family, charting their small beginnings in a fabric shop in the mid 1800s to power players who shaped the history of western capitalism and American politics whilst operating as a financial investment firm.

Adapted from the work of Italian playwright Stefano Massini by up-and-coming British dramaturg Ben Power, the 150-year and three-hour spanning epic shines in the hands of its Golden Globe, Academy Award and Olivier Award-winning director Sam Mendes, never letting up in pace, energy, action and intrigue. Its star-studded creative team is further augmented by masterful performances by celebrated stage and screen stars Simon Russel Beale, Ben Miles and Adam Godley, who star as the titular brothers and their descendants.

What Is The Lehman Trilogy About?

Whilst it can be seen as a historical saga about the fortunes and eventual failure of a powerful Jewish immigrant family, or even a searing study/warning about the shifting nature and fragility of the American Dream, The Lehman Trilogy shies away from lecturing the audience, and uses a minimalist style and elegant set design to keep its focus on adroit story-telling. Highlighting three distinct periods from the Lehman's illustrious lineage, the production begins in Alabama, where the original brothers begin their rapid ascent into the annals of American history. The drama then moves to the 1960s, where a shift in the family dynamic to include a trading division of outsiders causes a rift that leads to an explosive demise that still echoes throughout the present day.

Due to the nature of the Armory’s programming, children under the age of eight are not recommended to attend performing arts events. All patrons must have a ticket regardless of age.

Seen The Lehman Trilogy? Loved it? Hated it?

Sound good to you? Share this page on social media and let your friends know about The Lehman Trilogy at Park Avenue Armory.