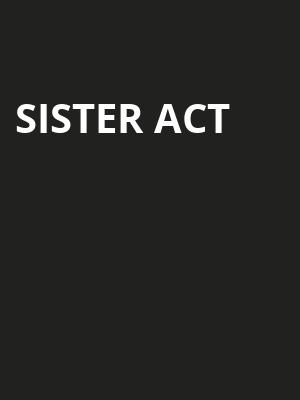 Who could resist the vision of a stage full of saintly sisters flaring their gams in unison like the Rockettes, or swiveling their hips, Supremes style, to the silken beat of an R&B tune?

Hallelujah! The beloved West End and Broadway tuner Sister Act is shaking and shimmying its way onto the stage once more during the Papermill Playhouse's 2022 season. Based on the 1992 silver screen smash, which featured an iconic performance from Whoopi Goldberg, the all-singing, all-dancing musical first stepped from screen to stage in London in 2009. With a score by Tony and Oscar-winning musical theatre legend Alan Menken, it's no wonder it still receives rave reviews wherever it's revived.

Feel-good to the core, Sister Act's madcap story follows the escapades of vivacious night club singer Deloris Van Cartier. When she witnesses a murder orchestrated by her mobster boyfriend, she's spirited away into witness protection. Placed with a gaggle of good-natured but by-the-book nuns, she turns the convent upside down with her verve for life, constant wisecracks and love of music.

Sound good to you? Share this page on social media and let your friends know about Sister Act at Paper Mill Playhouse.