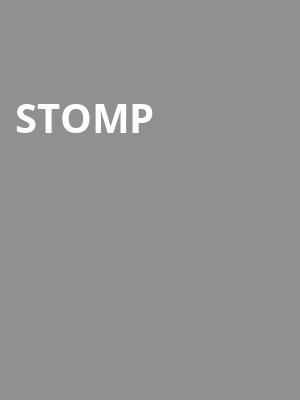 At its best, 'Stomp' convinces its audience that the background music of our everyday lives is worth listening to.

You Won't Believe Your Ears!

One of the city's most unique live experiences, Stomp has been thrilling New York audiences for the better part of three decades. This ear & eye-popping show consists of a group of eight incredibly talented performers, who create intricate rhythms from everyday household objects, from garbage can lids and zippo lighters, to buckets and hammers. An enthralling mix of light, sound and tightly choreographed performance art, in Stomp actions speaks louder than words. There's no plot or dialogue, just a mind-blowing display of rhythmic skill!

From Brighton to Broadway

Stomp was created way back in 1991 in the coastal city of Brighton in England, by Luke Cresswell and Steve McNicholas. The show bowled over audiences at that year's Edinburgh fringe Festival and raked in a multitude of awards on its London premiere at the Bloomsbury Theatre. The show transferred to Broadway in 1994, and has since played to millions the world over on tour. Some of the Stomp's most memorable moments include performing 'Cecilia' with Jimmy Fallon and Paul Simon on Late Night and playing at the London 2012 Olympics Opening Ceremony.

This show is suitable for all ages. Children under the age of 4 will not be admitted to the Orpheum Theater.

One hour 30 minutes with no intermission

Simply Excellent!! This show is worth double the ticket price...I will... more

Drummer For Life: “I can't stop banging on things”

When I bought my first set of drumsticks in 4th grade little did I know... more

Sound good to you? Share this page on social media and let your friends know about Stomp at Orpheum Theater.