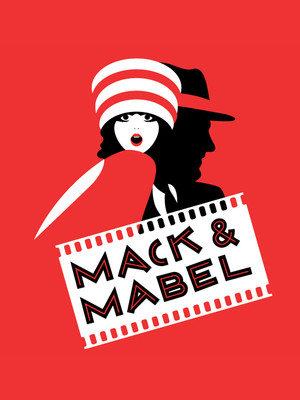 It explores the complexities of the central couple's amorous relationship in a haunting number in which the monomaniac Mack sings I Won't Send Roses, to which the pragmatic Mabel responds in kind.

Why See Mack and Mabel?

Since its inception in 1994, New York City Center's beloved Encores! concert series has celebrated the storied tradition of musical theater in America. The 2020 season of the ever popular yearly program returns with a good measure of razzle dazzle, thanks to a loving revival of the classic 8-time Tony nominated golden-age-of-cinema tuner Mack and Mabel.

Originally debuting on Broadway in 1974, Mack and Mabel chronicles the tumultuous on screen and off screen relationship between tough Hollywood director Mack Sennett and muse turned silent film star Mabel Normand. Rousing tunes like 'Movies Were Movies', 'Big Time' and 'Tap Your Troubles Away' punctuate the glory days of Keystone Studios, which include the fateful meeting of the pair, the obstinate Mack's inability to openly declare his love for Mable and the highs and lows that follow their dealings in the fickle film industry.

Seen Mack and Mabel? Loved it? Hated it?

Sound good to you? Share this page on social media and let your friends know about Mack and Mabel at New York City Center Mainstage.