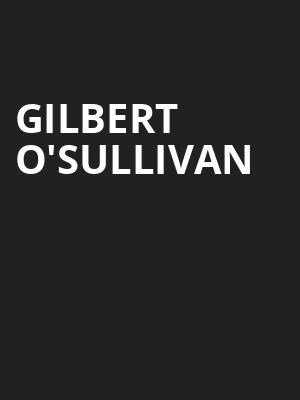 It's going to be something very special.

Irish singer-songwriter Gilbert O'Sullivan successfully combined a flair for Beatlesque popcraft with an old-fashioned music hall sensibility to emerge as one of the most distinctive and popular new performers of the early 1970s.

In 1972, he hit the top of the Billboard charts with his deliciously relatable single 'Alone Again (Naturally), achieving him worldwide fame and celebration. Don't miss him live as he returns to the US to tour for the first time in over 40 years!

Born Ray O'Sullivan, he was compelled to change his name in the late 60s after signing his first record deal as a tribute to the comedic operetta composing duo Gilbert and Sullivan. Now, after a relatively quiet period, O'Sullivan returns with this witty wordplay and feelgood tune-smithery to delight audiences again.

Sound good to you? Share this page on social media and let your friends know about Gilbert O'Sullivan at New York City Winery.