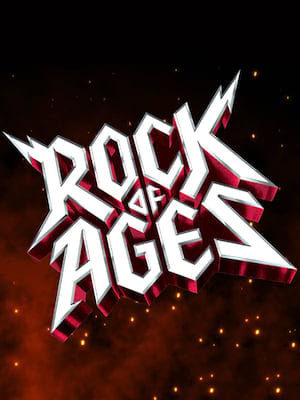 Rock of Ages is back!

Why See Rock of Ages?

Don't Stop Believin' - Rock Of Ages is back!

Fans of Rock of Ages rejoice! The hit musical has returned to its original off-Broadway home as it celebrates its tenth anniversary! With the original creative team at the helm (director Kristin Hanggi and choreographer Kelly Devine), the anthemic 80s musical is back where it belongs and is rocking New York once more!

Debuting at the New World Stages in 2008, the head-banging jukebox tuner transferred to Broadway where it ran for a whopping 2,300 performances! Featuring songs like "The Final Countdown", "We Built This City" and "Don't Stop Believing", Rock of Ages became an instant fan favorite and has since enjoyed both national and international tours. In 2012 the musical was made into a feature-length film which starred Julianne Hough, Russel Brand, Alec Baldwin, and Catherine Zeta-Jones!

What is Rock of Ages about?

The time: 1987. The place: West Hollywood's Sunset Trip. Amidst the tussle between hedonistic thrill seekers, a fed-up city planner and developers looking to turn the spot into a clean-living, money-making area, dreams still blossom - at least in the minds of Drew Boley and Sherrie Christian. A busboy at the legendary Bourbon Room, Drew has his sights set on becoming a rock star whilst new colleague and romantic interest Sherrie dreams of being an actor.

When they learn the Bourbon room is set to be demolished, they take matters into their own hands whilst Drew embraces his inner rock god, becoming Stacee Jaxx with every flaming lick. It's dirty, it's unapologetic - it's a coming of age tale with the kind of swagger that'll turn your parents' hair grey!

Two hours and 30 minutes including one intermission

Images are taken from the original Broadway production and may not reflect current cast.

I would recommend every one to see this show!! I guarantee you will not... more

Sound good to you? Share this page on social media and let your friends know about Rock of Ages at Stage 3 New World Stages.