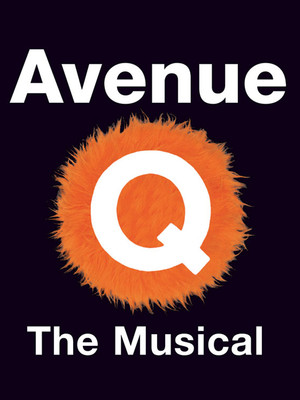 A thoroughly infectious musical that qualifies as a serious blessing.

They never taught you this on Sesame Street... Brash, provocative and dangerously funny, the puppet-populated Avenue Q is the one coming of age story that pulls back the curtain and finally gives us the cold hard truth - we are not, despite what our parents and Saturday morning cartoons might have told us, special snowflakes who can achieve whatever we want. So get used to it!

WHAT IS Avenue Q ABOUT?

Taking the neighbourhood of Sesame Street as its model, this show centers on the weird and wonderful folks who live on Avenue Q, a run-down borough of New York. Into their midst comes Princeton, a recent graduate with a BA in English and not much else, who's figuring out what to do with his life.

In his quest to find a meaning to it all, he meets child star turned janitor Gary Coleman, the porn-addicted Trekkie Monster, his closeted Republican neighbour Rod and many others. Together this band of disparate friends will discover that sometimes you've just got to put striving for greatness on hold, and be content to be, y'know, normal.

Avenue Q may be a Sesame Street for adults, but many of puppeteers have worked on both shows.

Contains adult themes, strong language and sexual situations (depicted by puppets!) and may not be suitable for children under 12. Children under 4 years of age will not be admitted into the theater.

Two hours and 15 minutes, which includes one 15 minute intermission

When you hear puppets on Broadway you might not get excited, but Avenue... more

Sound good to you? Share this page on social media and let your friends know about Avenue Q at Stage 3 New World Stages.