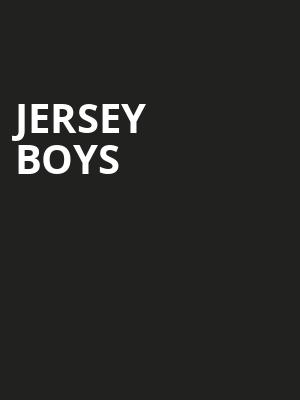 It's terrific. Jersey Boys is dynamically alive in music while, as a drama, it catches the very texture, almost the smell, of its time.

Oh! what a night!

Due to popular demand, less than a year after ending its Broadway run, Jersey Boys returned to the New York stage, this time in the more intimate surroundings of the New World Stages where it plays today. This electrifying jukebox musical tells the rags-to-riches story of Frankie Valli and the Four Seasons, four working-class boys from Jersey who became one of the biggest groups of the 1960s, with hits like 'Sherry', 'Big Girls Don't Cry', 'Working My Back to You,' and 'December 1963 (Oh What a Night)'. Narratively inventive, dripping in sixties-style, and more than willing to delve into the shadier side of the band's fame, this is far from your average jukebox musical.

Jersey Boys originally opened on Broadway in 2005 and went on to win four Tony Awards. It ran for an impressive eleven years, becoming one of the Great White Way's most consistent draws and introduced the band's music to a whole new generation.

What is Jersey Boys About?

Told in four parts, each member has an act to tell his side of the story, even it if it clashes with the others. We get the real story of Franki Valli and the Four Seasons, from humble beginnings to the thrill superstardom and back again, via loan sharks, jail time, tense dealings with the Mob and the strength of friendship, soundtracked by the irresistibly recognizable hits that keep you coming back for more.

2 hours and 30 minutes, with one intermission

This production is the best of the genre. Continuous movement of storyline... more

Sound good to you? Share this page on social media and let your friends know about Jersey Boys at Stage 1 New World Stages.