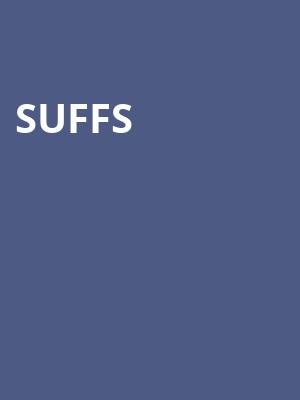 Image from the official off-broadway production

Courage calls to courage everywhere, and its voice cannot be denied

A century ago, Suffragette women of the United States were in an ongoing battle for the right to vote. 100 years later, the world premiere musicals SUFFS, directed by Leigh Silverman and written by the most exciting new voice in theater, Shaina Taub, finds itself Off-Broadway and delighting audiences with its fascinating look at these unsung trailblazers. You're invited along for the same ride they take all those years ago, so grab your placard and get ready to fight for what's right.

It's the early 1910's and a group of Suffragists have taken to the street ready to transform the country and protests against the likes of the public, the president and even each other. Their names? The SUFFS! This captivating story will take you on the journey of women working against the divides - racial, generational and class - with both victories and failures right up until the Nineteenth Amendment in 1920.

It's a fight that is still far from over.

In 1920, after women gained the right to vote the presence of women in Congress gradually increased and was especially noticeable by 1981. They have brought attention to gender-sensitive topics, children's rights and gender equality.

Seen SUFFS? Loved it? Hated it?

Sound good to you? Share this page on social media and let your friends know about SUFFS at Newman Theater.