Sorry! You missed The Wrong Man at Newman Mills Theater 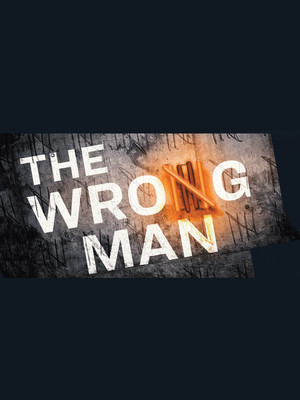 The evening certainly provides a powerful showcase for [Joshua] Henry, who anchors the proceedings with his imposing physicality and booming yet emotive vocals.

Why See The Wrong Man?

And the Writer Is... Ross Golan

Tony nominee Joshua Henry stars in the MCC Theater world premiere of The Wrong Man. Written by multi-platinum selling singer-songwriter Ross Golan, The Wrong Man is a haunting new musical that follows one man's fight to prove himself innocent of a crime he didn't commit. Directed by Tony winner Thomas Kail (Hamilton), The Wrong Man will be orchestrated by none other than Hamilton's orchestrator Alex Lacamoire. Joining Henry in the principal cast will be Broadway alums Ciara Renee and Ryan Vasquez.

With set design by Tony winner Rachel Hauck and sound design by Tony winner Nevin Steinberg, The Wrong Man is based on Golan's concept album of the same name, which will be released in the summer of 2019. A version of The Wrong Man first premiered in Los Angeles in 2014, where it garnered three Ovation Awards including, Best Musical, Best Book, Best Lyrics and Best Music.

Having collaborated with the likes of Ariana Grande, Selena Gomez, Maroon 5, Michael Buble and Gavin DeGraw (plus many many MANY more), Golan is pop music's most sought after songwriter. With multiple number one's and multi-platinum selling singles, Golan also produces and hosts the And The Writer Is... podcast which explores the world behind the 'top 40' and talks to the creatives behind some of the world's biggest songs.

THE STORY OF THE WRONG MAN

Through ethereal melodies and intricate poetry, The Wrong Man follows Duran, whose chance encounter with the wrong woman lands him in a world of danger. Already barely scraping by, Duran must now fight to prove his innocence after being falsely accused of a murder most foul. Will Duran be set free? Or will his life be ever haunted by being the wrong place at the wrong time...

Seen The Wrong Man? Loved it? Hated it?

Sound good to you? Share this page on social media and let your friends know about The Wrong Man at Newman Mills Theater.